I love Autumn! I love when the yellow and red leaves are falling. I love that kind of feeling, the feeling of letting go.. Well, it was my first autumn in Beijing.

Fragrant Hill is the most famous place to enjoy the beauty of Autumn in Beijing. The best time to go there is in the early of November. At that time, I went in the end of October, and most of the leaves were still yellow, not red yet. Even though there were some trees which had red leaves, but mostly the leaves were still greenish yellow.

If you want to go there, you have to come earlier, around 8am or 9am you should have arrived in here. The journey will take 2 hours from the city, so around 6am you should already go. But at that time, I went there so late, around 9am from my campus, then arrived there around 11am or 12pm. There’re so many people who want to go there. We went there by public bus, and it was so full of people in the bus. There’s also a Flower Festival at Fragrant Hill that held every October and November.

It’s too bad we came so late, so we didn’t explore so much at Fragrant Hill or Xiang Shan. We planned to go hiking, but it’s cancelled. Next time if I have a chance to go there again, I must go earlier so that I can enjoy the beauty of Xiang Shan better. 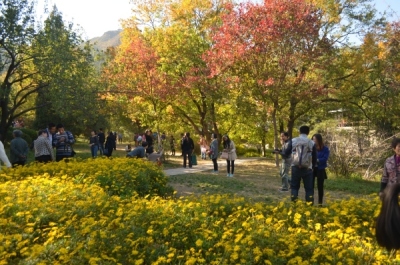 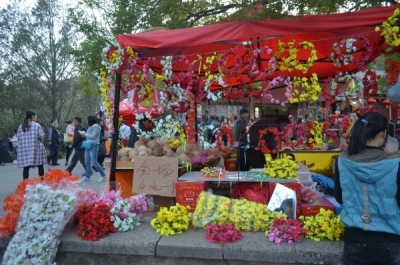 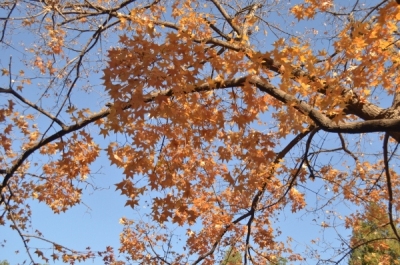 So, the conclusion is the best time to enjoy the beauty of yellow and red leaves (Peak Autumn) is in the end of October until the middle of November. 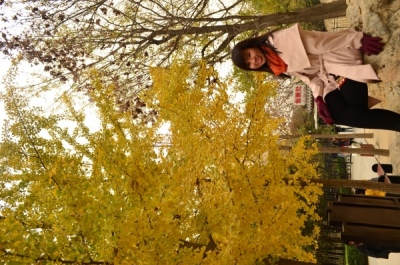 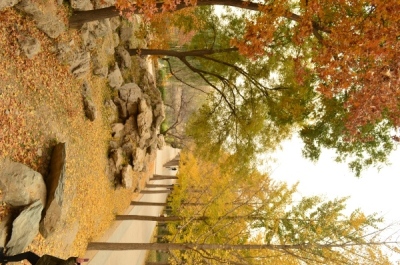 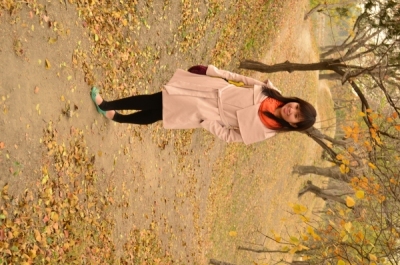 Zi Zhu Yuan Gongyuan 紫竹院公园 which literally means Purple Bamboo Park, is one of the seven largest park in Beijing, according to Wikipedia. At that time when I visited this park, I didn’t know anything about this park. I was invited by my local Chinese friend to go to this park. This park is located near my campus in Haidian district, and can be reached by foot. This park was less crowded, not like the other parks that I’ve visited. Most of the visitors were seniors who were enjoying their life, or accompanied their grand children to take a walk at the park. On that day, November 2nd, 2014, the weather was fine but the wind was a bit cold. The leaves were almost yellow and some were red. This is one of the recommended park to take a leisurely stroll during Autumn in Beijing. 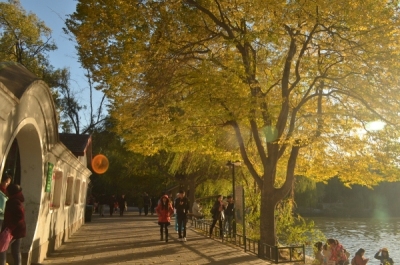 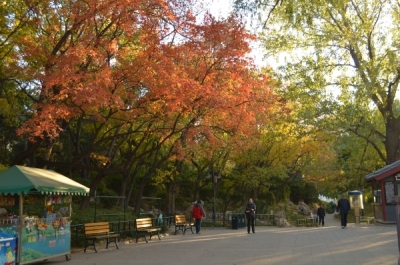 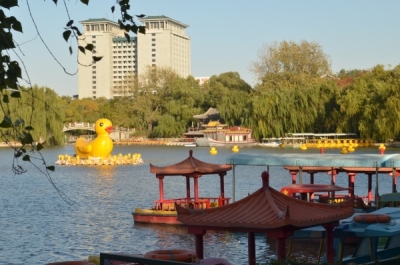 Well, actually there’s still one place that I’ve visited to enjoy the beauty of Autumn in Beijing. It’s called ‘Diao Yu Tai 钓鱼台 Ginkgo Boulevard’ and this must be your bucket list if you go to Beijing during Autumn. If Fragrant Hill is famous of its Red Maple Leaves, so Diaoyutai is famous of its Yellow Ginkgo Leaves. 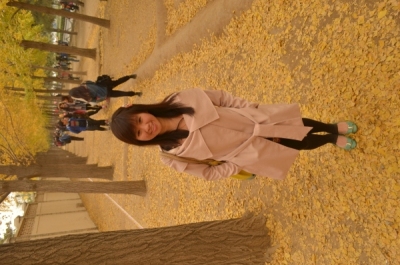 These places make me fall in love too deep with Autumn. I am sure I will come back to you, Autumn!

18 Things To Do in Beijing