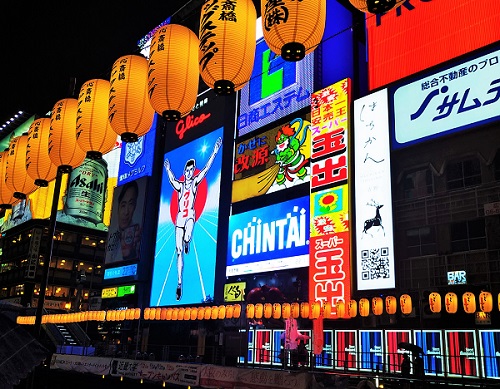 From Gion to Menbaka Fire Ramen

Because on this third day we planned to go to Arashiyama Bamboo Grove, from the airbnb in Gion we headed to Kyoto station while carrying a suitcase. We left our suitcase first at our airbnb office near Kyoto Station. Arriving at Kyoto station, the time has shown 10.25 am. Since it’s already late, we think it’s better to have lunch first before going to Arashiyama. We also check the list of foods we want to try in Kyoto.

But before going to Menbaka Fire Ramen, because we saw that Kyoto Station has good architecture, so we went around the station first. Around 11:40 local time, we took the train from Kyoto Station. Well, when we wanted to take the train it was so full that the five of us were separated by train. If on my Google Maps there are 3 more stops, while on my friend’s Google Maps it’s even only 2 more stops. My separate friend was holding on for 2 stops. As a result they got the wrong station. We get off at the right stop, the third one.

I also hold the wifi modem. They don’t have internet connection to contact us. Maybe there is wifi at the train station. But they still could not be contacted. We were just waiting for them at the third station stop. About 20-30 minutes later, they finally appeared. We then walked together to Menbaka Fire Ramen.

Menbaka Fire Ramen is a must-try meal in Kyoto, Japan. This Fire Ramen is actually a ramen that contains Chasiu (Pork) and Green Onion. But there is a fire show when serving this ramen. For those who can’t eat pork, they can not add pork to the ramen, but the price is the same.

They not only sell ramen, but also experience. The experience of eating ramen with performances pour hot oil into the ramen which causing a big fire. This restaurant also understands tourists who want to document this unique experience. They put a selfie stick hanging on a rope in their kitchen, then our cellphones were put on the selfie stick to record videos when they served this fire ramen.

Once we arrived, luckily we were able to sit right away. Because what we read in the internet, they said the queue is long. Then we were given an apron. We all ordered fire ramen for 1,350 yen. In Menbaka Fire Ramen there are rules that must be obeyed. Because they know we are from Indonesia, they have prepared rules in Indonesian. Sugoiii! Exceptional service at this restaurant. The staff is also very friendly. Most of them are still part-time students there.

The most important rule is that we can’t take photos or videos when the “fire show” is about to start. Cellphones or cameras must not be placed on a table, they must be placed under a table that has been provided. After all, video documentation was being recorded by the cellphone of one of my friends which was hung on their selfie stick. When the fire show begins for our ramen, our body must be slightly backward so as not to be exposed to the heat of the fire.

After the shows in each of our ramen were finished, my friend’s cellphone was returned. Then we can eat this fire ramen. But the bowl should not be held first because it is still hot. It turns out that this fire ramen serves a lot of green onions. The servings are also big, enough to eat 2 people. But at that time we ordered individually. In terms of taste, it’s actually so-so. They only offer a unique experience and sensation, the service is also good, the staff is also very friendly.

That’s why I actually become lazy taking pictures here. Even though it has come a long way, but instead we only enjoy the view. The view is actually just the same thing, only bamboo. Here I also see someone wearing a traditional Japanese dress, Yukata. I also wanted to wear the Yukata and take pictures here. But considering the unfriendly weather, it looks like it would be far more complicated if I wear a Yukata.

We finally walked around the Bamboo Forest for about an hour. After that we headed to Arashiyama train station to return to Kyoto station again. Before going to the station, we had a chance to buy snacks near the entrance of Arashiyama Bamboo Grove. We bought ice cream and Yakitori (chicken satay).

Arriving at Kyoto Station, we were also greeted by rain. We first took the luggage at our airbnb office, then returned to Kyoto Station because our next trip was to Osaka.

Once in Osaka, we went straight to our airbnb. Our hosts said our airbnb was close to JR-Namba Station. Because the location is unclear where, and we are also confused to ride the train, we finally spent a really long time to arrive at the airbnb. I got the wrong train and got lost too.

We finally found our airbnb which turned out to be rather difficult to reach. I was super exhausted because it takes a lot of time to be lost, while carrying a suitcase and while carrying an umbrella because it is raining. But because we had made a pact with my friend of Japanese friends in Dotonbori, after putting the suitcase in the airbnb, we immediately went back to Dotonbori.

The time showed 20.20 when we arrived at Dotonbori. We finally met my friend of Japanese friends. There are 3 people in total, all girls. They only speak Korean and Japanese. The English is very limited, some even can’t. My friend can speak Korean, they know him in Korea.

Then the eight of us searched for food at Dotonbori. Dotonbori is the most famous area in Osaka. Here a lot of good culinary, and is a shopping center too. I also previously list foods that I want to try in Osaka. Most of it is in Dotonbori. There is one restaurant on our list, it turns out it’s full and long queues. We also look for other restaurants. Uh it turns out that other restaurants only sell pork and beef. Whereas I don’t eat pork or beef. Finally, instead of starving, we eat only what is there, which is not too crowded and there is chicken. We finally ate Yoshinoya.

For me, Yoshinoya is still better in Indo. Maybe it’s already an Indonesian tongue. COCO Curry, in my opinion, is better in Indo than in Japan. After that we went for a walk in Dotonbori. One of the most famous spots in Dotonbori is Glico. Usually people take photos in front of this Glico, by imitating the Glico’s style that is both the hands are lifted and the legs are lifted. But because it was still raining, we only took normal photos, we didn’t use those styles.

From Dotonbori, if we go along the river, we will immediately reach Shinsaibashi. So this Shinsaibashi is indeed located right next to Dotonbori. Shinsaibashi is a shopping center in Osaka. But because it was late, many stores were closed. Around 11:30 we returned to our airbnb again.