When I had a chance to visit Hangzhou last time, Lingyin Temple was my main destination.

Imagine a temple which located in the middle of two mountains. Lingyin Temple is located in the middle of the peak of Mount Feilai and Beigao. This temple is located on Wulin Mountain and northwest of West Lake Scenic Area in Hangzhou. Lingyin Temple is a Chan Buddhist temple which located in Yangtze River Delta, and also one of 10 biggest and wealthiest Buddhist temple in China. Lingyin Temple was built during Eastern Jin Dynasty, it’s already 1.600 years old now. The biggest scale was during Wu Yue (Wu Dai Dynasty), which had 9 buildings, 18 pavilions, 72 halls, with more than 1300 rooms and more than 3000 monks lived there.

Once I entered Lingyin Temple’s area, I was captivated by the natural beauty of Lingyin Temple. The place was so shady, lots of trees, even I felt like in a jungle.

The first destination was “Statues on Feilaifeng Peak”. I saw a lot of Buddha’s statues that is carved by stone and put hanging on the stones. Not only that, I also saw a quite big pagoda, named Ligong Pagoda 理公塔. This pagoda is the only pagoda in Hangzhou that can be traced back to Ming Dynasty.

Then there’s a cave named “Longhong Cave 龙泓洞” or can be said as “Cave of Leading to the Sky” or “Guayin Cave”. I went inside the cave and saw some Chinese characters are carved on the cave wall. After out from the cave, I looked back to the cave then I saw something incredible to me. I was really captivated by the beauty of surroundings at that time.

Then I walked again and finally I saw the Maitreya Buddha’s statue which is the icon of Lingyin Temple. So then I walked again, walked besides a small river. Around here, there are a lot of the statues of Boddhisattva and Mahasattva. Imagine that in my right side was the statues and my left side was a small river. Actually in my right side, I also saw small roads that lead to the top of nowhere. But I saw some people climbed it up, so I tried to follow. But the more I walked, the less people I saw. Moreover, it was really look like a jungle, so I was quite afraid. And I was also alone at that time. So, I decided to went down to the river again.

Not far from there, I saw a temple that we have to show the admission ticket. And it’s Lingyin Temple, or “Temple of Soul’s Retreat”. As I explained before, if we want to enter Lingyin Temple, we have to pay 30 RMB. Because I only bought ticket for only the area of Lingyin Temple, so I couldn’t enter the temple. Around the temple, I saw some monks who wear the brown/yellow robe. 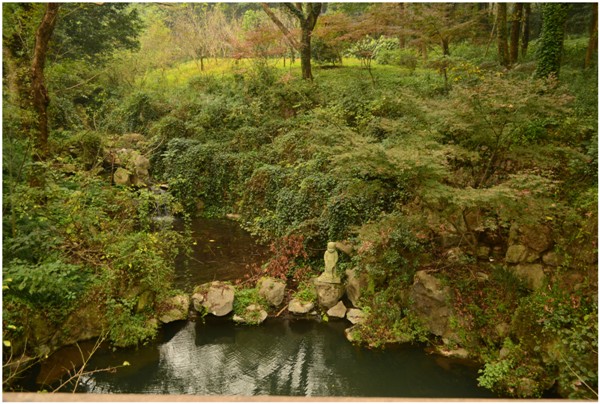 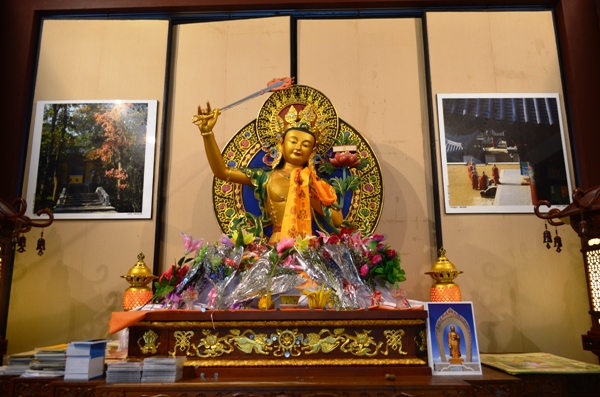 Then, I headed to Ziyan Wisdom Courtyards. Behind Yongfu Monastery, there was a mountain named Ziyan Mountain. That’s why the name is Ziyan Monastery or now called as Ziyan Wisdom Courtyard. The main hall in Ziyan Courtyard is Daxiong Main Hall (Hero Hall). Inside the hall, there’s Sakyamuni Buddha’s statue along with the two honorable Ananda and Maha Kassapa, and also some of other statues. From this courtyard, we can see the beautiful view of West Lake, Fei Lai Feng, and North Peak. But there’s a fog when I was there, so the view couldn’t be seen. Such a pity. 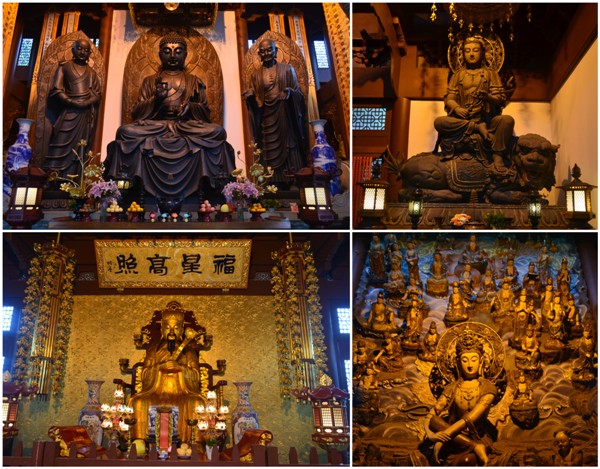 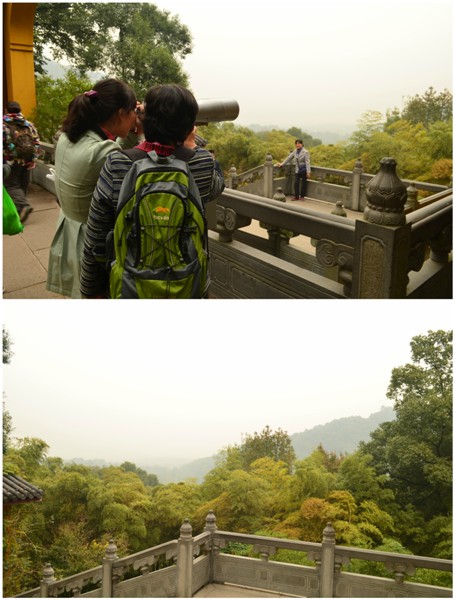 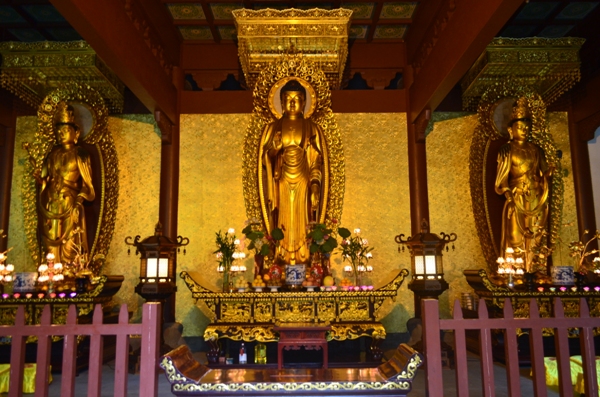 I headed to Fuqian Chayuan (Fuqian Teahouse), but only saw from a distance. This is the only restaurant in Yongfu Monastery. They provide vegetarian foods, with tea plantation’s view. Because I was not hungry, so I skipped this place.

Yongfu Buddhist Monastery was already explored. So then I headed to the next temple, Taoguang Temple. Taoguang Temple was built during Tang Dynasty and located in the northwest of Lingyin Temple. To go to Taoguang Temple, we have to climbed so many stairs. It’s surrounded by the bamboo forest, so I felt like I was hiking in a jungle. 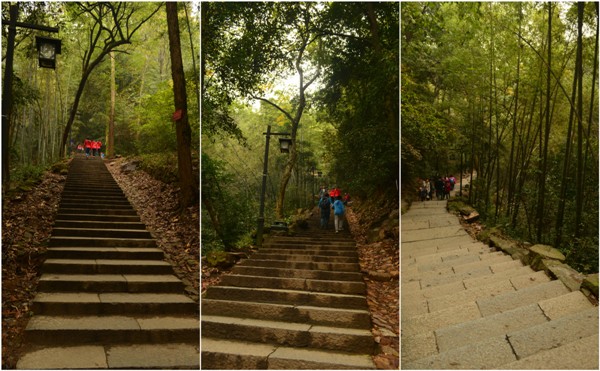 After 10-15 minutes hiking, I arrived at Taoguang Temple. The first hall I visited was Daxiong Baodian 大雄宝殿, and it has a Buddha statue inside. Then I hike again, and there are still some of the halls which have the statue of Boddhisattva Mahasattva. 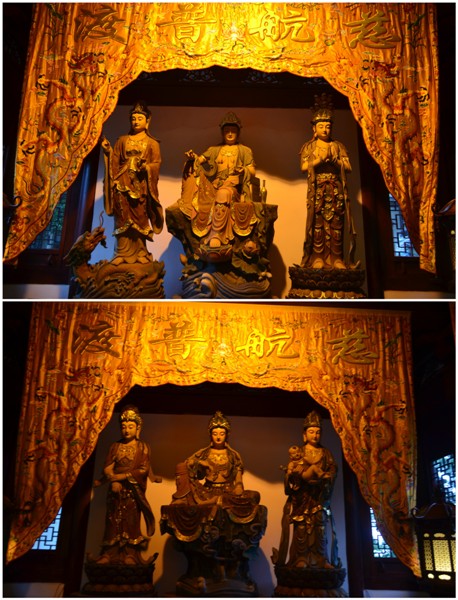 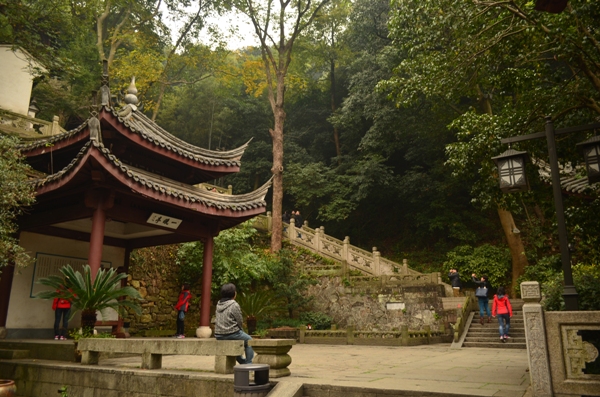 When I reached the last hall, or the highest (I guess), I felt so relieved. Finally has already explored Taoguang Temple, and that means I already explored all of Lingyin Temple’s area. Actually when I reach the last hall, I still saw the stairs that leads to the top of nowhere. Because felt a bit of worry, so I didn’t hike again. I took a rest in front of the hall, then went down again. 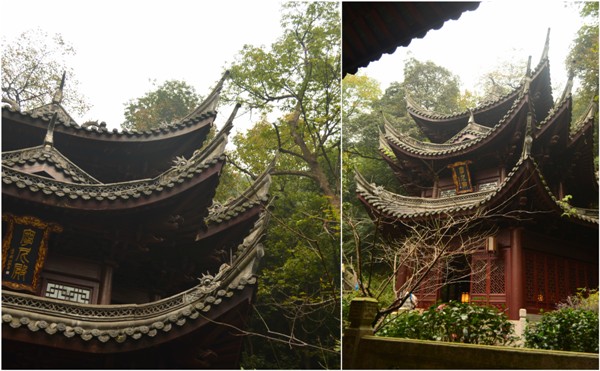 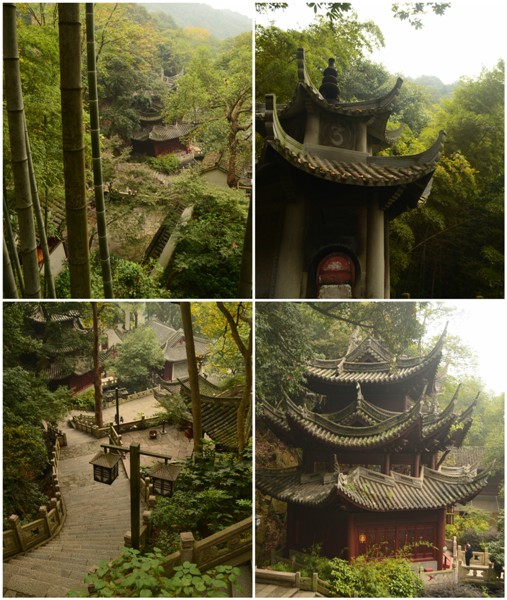 3 Reasons Why You Have To Travel To Suzhou and Hangzhou