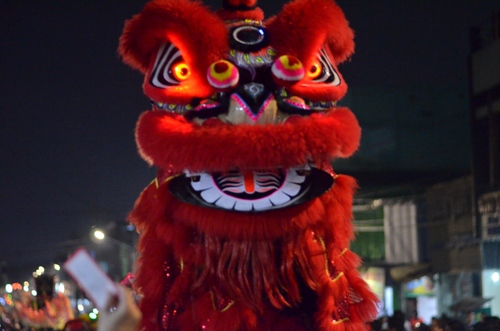 Cap Go Meh is the Chinese festival celebrated on the fifteenth day of the first month of Lunar Calendar. In China, it is called Lantern Festival 元宵节. The Lantern Festival is an ancient Chinese tradition that dates back more than 2,000 years. The origin of the festival lies in the festive activities of an agricultural people celebrating the lengthening of daylight hours and the coming of spring after the New Year.

It marks the final day of the traditional Chinese New Year celebrations, and falls on some day in February or March in the Gregorian calendar. The lanterns can symbolize the people letting go of their past selves and getting new ones, which they will let go of the next year. The lanterns are almost always red to symbolize good fortune.

Indonesia is one of the largest Muslim country in the world. But there are a lot of minority ethnics live in Indonesia, include Chinese ethnic. In Indonesia, all Chinese cultural events were banned during Suharto’s regime. But when Abdurrahman Wahid (Gusdur) became president, he revoked the ban and declared Chinese New Year a national holiday. It was during his time Chinese culture began to flourish again in this country.

In Indonesia, Cap Go Meh is like a Street Culture Festival which shown us Chinese cultures (lantern, lion and dragon dance) and Indonesian cultures (ondel-ondel, ogoh-ogoh, etc). Cap Go Meh Street Festival is held every year in some cities of Indonesia with large ethnic Chinese populations. One of the cities that held this event is my hometown, Bogor, which is located only 60 km from Jakarta, or about an hour-and-a-half drive via the toll road.

Cap Go Meh festival is fully supported by the local government and has become one of important tourism events in Bogor. This year the festival was held on Saturday, 11 February 2017. The theme of this year (2017) is “Cap Go Meh Bogor Street Festival, Uniting the Nation through Cultural Events,” thereby expressing the conviction of the beauty of diversity which is truly celebrated together. The CGM Street Fest is not only tailored to unite people through Cultural Events, but it is hoped to be heard by the whole the world that the Bogor’s Spirit aims to celebrate the Beauty of Diversity.

Around 2,500 participants from all communities and art studios will follow the parade, watched by tens of thousands of cheering crowds expected to gather along the streets for this great event. To secure public safety and convenience, along the way, there will be public facilities, fire fighters and medical teams standing by to service visitors. Thousands of street vendors will also be around to sell souvenirs and scrumptious culinary delights.

There are some tips you need to be know, if you want to come and see the festival:

February or March is Rainy season in Indonesia, and Bogor is a Rain City. If you come to a Rain City during Rainy season, you are absolutely need to bring your umbrella everyday. And one thing you should know, when the festival is started, it’s always raining so damn hard. Chinese people believe if its raining during Chinese New Year or Cap Go Meh, it means success for this year. Rain is fortune.

Around ten thousand of people will come to this event. Maybe some of them are pickpockets too. Just be careful. That is why I suggest you to not bring a lot of stuffs. It is better to bring the only important stuffs, e.g. Umbrella, Handphone, Camera, and some money.

If you arrive at Suryakencana road before the festival is started, I am sure you will get “The Best Standing Point” to enjoy watching the parade. And don’t ever move from your standing point. Otherwise you will have bad experience during the parade, because you will be pushed by other people. If that happens, just breathe in and out (be patient), if you don’t want to fight with the other people.

Angpao or Red Envelopes is the essential part in Chinese tradition. It is usually a gift presented at social and family gatherings such as weddings or holidays such as Chinese New Year. During Cap Go Meh, there are a lot of lion and dragon dances. We usually give Angpao to the lion and dragon dancers. Some Chinese people also give Angpao to Chinese deities who will be carried on a palanquins in this event. So, as participant you also can prepare some angpao and give it to the lion, dragon dancers, or Chinese deities. Let’s do like a local! 😉 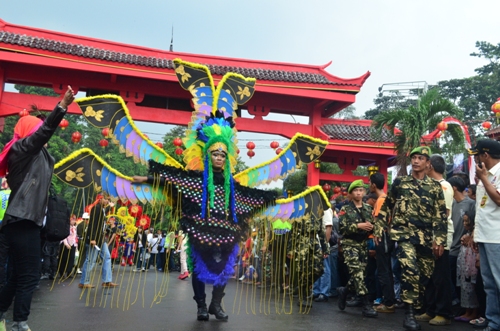 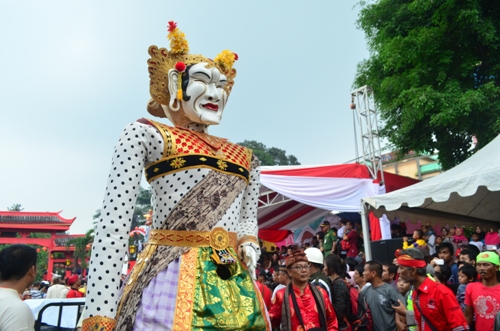 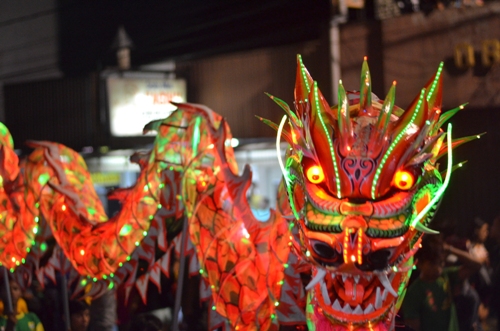 Travel Do’s and Dont’s in Indonesia