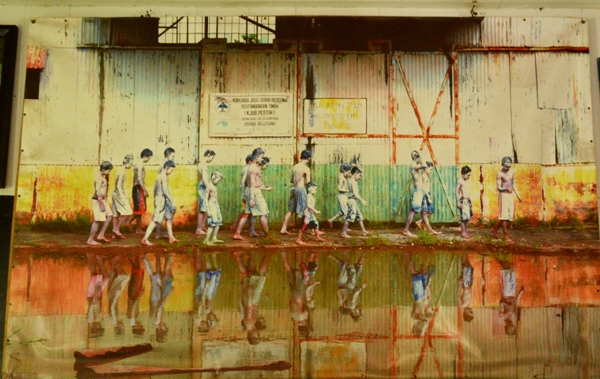 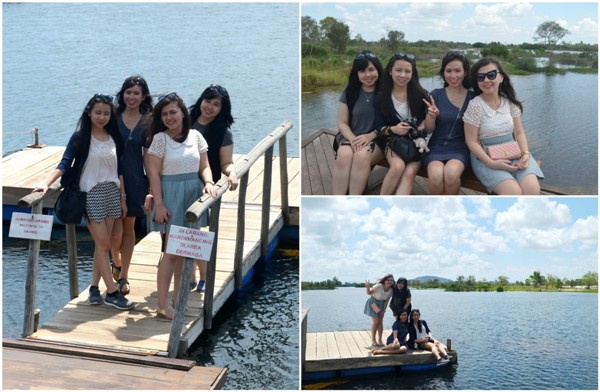 Our first destination in East Belitung is the Replica of Rainbow Troops’ Elementary School which located at Gantong Village. But because it was full of people, so Mr. Wawan suggested us to take pictures first at Laskar Pelangi Pier which located across the Replica. It was 11.20am when we arrived at Laskar Pelangi Pier, or often called as Apung Pier. Around 20 minutes we took pictures and videos here. Then we went to the Replica of Rainbow Troops’ Elementary School.

When we entered the Replica, we had to pay Rp3.000 per person. The replica of the school looked like really old. Even though it’s just a replica, but I’m sure there are so many schools in Indonesia that has the same condition with that, or even worse. I just couldn’t imagine what if I studied in the school like that. In front of the replica of the school, there’s an Indonesian flag (Red-and-white flag). At the time, I was reminiscing my school life, when we had “Flag Ceremony” every Monday. 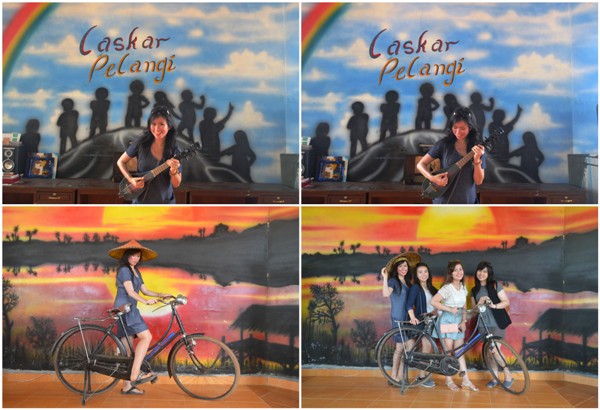 There’s a coffee shop too here, named “Kopi Kuli”. Because we don’t drink coffee, so we just took pictures here. And what a surprise. We met a bride here. I think she comes from Western countries, don’t know which country. She was doing a pre-wedding photo session here. There’re also some Korean tourists who came to this museum. This proves the museum is going internationally now.

Laskar Pelangi or Rainbow Troops is one of my favorite Indonesian novel and film. Even though already forgot how’s the full story, but I won’t forget the main story of it. Really really thanks to Andrea Hirata! Feel so glad, I visited Andrea Hirata’s literary museum.  For the first time of my life, I love museum. Literary Museum is really unique. The interior design is also unique. So many Instagrammable good spots here. I really love every corner of this museum! There are so many antique things too. And beside, because I’m one of Andrea Hirata’s fans, so when I visited this museum, I was really fascinated with this museum. 30 minutes is not enough for me. Maybe I should spent 2 hours there, but we had no time again at the time. It was already 1pm, and we still had to go to Kampoeng Ahok before had lunch.

Our journey was continued to Kampoeng Ahok. Who doesn’t know Ahok? The former governor of Jakarta who is a Christian and Chinese ethnic minority. He is in the prison now, because he found guilty of blasphemy. Kampoeng Ahok, or literally means Ahok Village, is a new tourist destination in Gantong, East Belitung (home village of Ahok). It’s located near Museum Kata, only takes about 4-5 minutes drive.

Before Kampoeng Ahok, we went to The House of Ahok’s Family first, which located across the Kampoeng Ahok. Ahok’s mother (Buniarti Ningsih) and Ahok’s little brother (Basuri Tjahaja Purnama) are still living in that house, but unfortunately they’re outside at that time. So we just took pictures in front of the house. At the courtyard of the house, there are a lot of wreaths for Ahok which said “Thank You Ko Ahok & Mas Djarot”. It’s the expression of sympathy from Belitong people to Ahok. I was really touched to see the wreaths, because it was a few days after Ahok went to the jail. Mixed feelings? Yes. If I got a chance to met Ahok’s mother, I really wanted to hug her. I’m also feeling sad about what happened with Ahok. To me, Ahok is the symbol of courage and honesty in this nation. He is the true hero, who sacrifice himself to unite the nation.

Besides the house, there’s a Gallery of Daun Simpor. It is the Batik Gallery which sell Belitung’s souvenirs. It is said as the family business of Ahok. After that, we crossed the street to Kampoeng Ahok. Kampoeng Ahok is actually a Traditional House of Belitung in the form of a wooden house on stilts. Because I didn’t go inside, so I don’t really know what’s inside the traditional house. At that time, we only took pictures in front of Kampoeng Ahok, because we were starving! It was 1.20pm when we left Kampoeng Ahok.

Then, we drove to Fega Restaurant which already reserved by our driver, Mr. Wawan. And finally around 1.50pm, we arrived at Fega Restaurant. Fega Restaurant is a famous restaurant in East Belitung, with seafood as its main course. At that time, Mr. Wawan had chosen the menu for us. It was Rp70.000 per person.

After had lunch, we drove to Dewi Kwan Im Temple which located at Burung Mandi Village. During our journey to the temple, there’s an exciting story. Mr. Wawan suddenly said, “Hey, there’s a turtle over there. Let’s save it!” So, we brought the turtle with us, and was trying to find the save place for the turtle to live. The turtle was quite big. One of my friend was afraid of turtle, so it’s really fun at the car. And finally we found a place where we thought it’s the save place for the turtle to live. So, we released it at the place. And so do my friend who was afraid of the turtle 😀 Mr. Wawan said, there are a lot of rare animals in Belitung, such as Crocodiles, Snakes, Monkeys (not usual Monkeys), etc. But we only met the turtle.

Okay, let’s continue to the temple. This temple is the oldest and biggest temple in Belitung. To enter this temple, we have to hike around 86 stairs. There are 3 places to pray here. We also prayed here. There’s also a big Kwan Yin statue at the top of the temple. After taking so many pictures, finally around 5.15pm we left this temple and continued our journey to Tanjung Pandan. It’s good we didn’t go back to Tanjung Pandan at night, otherwise we will drive through the streets that have no lamps! Can you imagine how scary it is.. 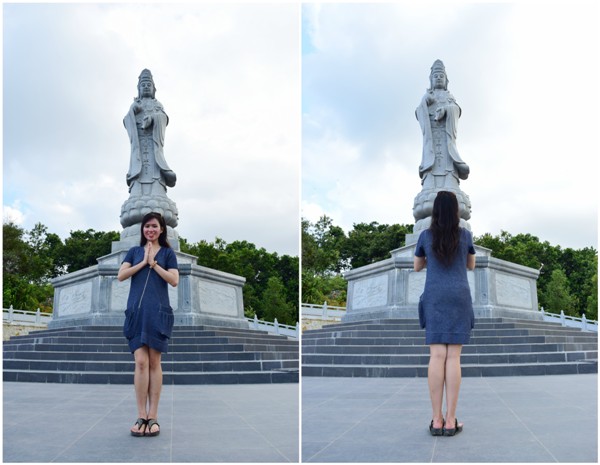 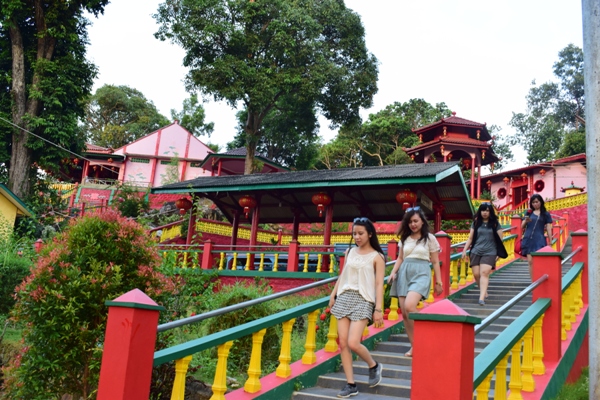 Catching the Sunset in Belitung