October 14th, 2016. For the first time when we’re in Korea, we woke up late than usual and left from our guesthouse at 10.20am. We usually left the guesthouse around 8 or 8.30am. It’s because on the previous days we already did some tiring trip, so we just wanted to wake up late and just wanted to take leisurely stroll around Seoul. On this sixth day, we went shopping again. We went shopping in Hongik, Insadong, and Namdaemun. We also went to Myeongdong to visit LINE Friends. Then, we went to Lotte Mart to buy some snacks.

Our journey was started by foot around Hongdae area. In Hongdae area, we bought some cute socks (it said to be one of must-buy when in Korea) which cost 1,000 won/pair. I also bought the famous 32cm ice cream which cost 2,000 won in Hongdae. Then we also visited Art Box to find the cute and unique things. But I only bought the masks at Art Box. 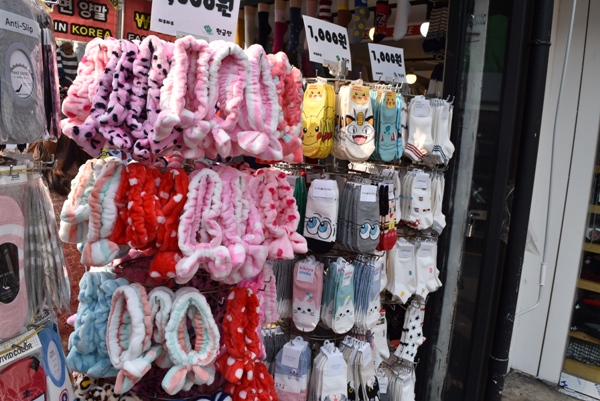 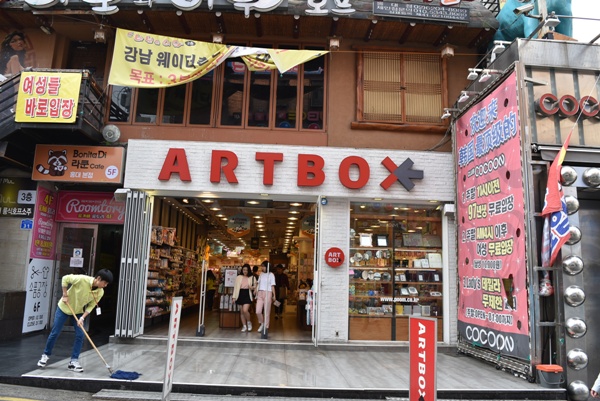 Finally around 12pm local time, we arrived at Hongik University. Our first plan was actually taking pictures in front of the uni, but because a bit curious, we went inside the uni and saw the class and had lunch at the canteen 😛 At first we thought the canteen is just like a food court. But it’s only a canteen that provides buffet. The price was 3,900 won. This is considered as cheap in Korea. If in the restaurant, we usually spent 8,000 – 10,000 won. In the uni canteen, it’s half price than restaurant. But honestly, the taste was not really good. To me, it’s tasteless. But yeaa, it’s cheap 😛 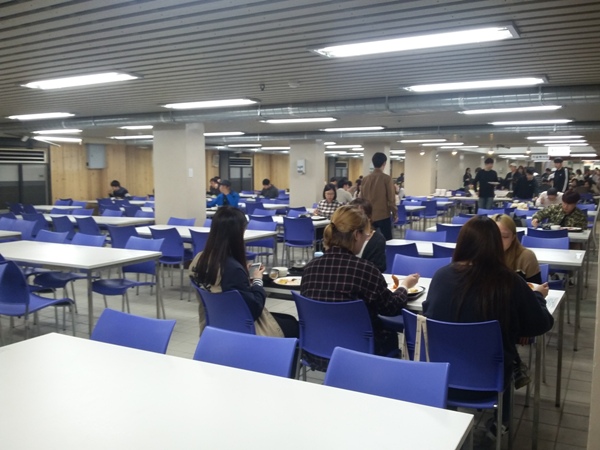 After that, we went to Insadong to buy the souvenirs. Insadong is a famous place to buy souvenirs. Once we arrived at Insadong around 2pm, the traditional nuance was felt by us. Along the way, there’re so many trees. Walking in Insadong can make us feel like living in the ancient of Korea. So many antique things here. And even we also saw so many people wear Hanbok.

In Insadong I bought Korean souvenirs, such as clothes and bags that have written “Korea” on it, Korean bookmark, etc. Because there are so many Indonesian people come to Insadong to buy souvenirs, so there’re some owners or shopkeepers who can speak Indonesian. So, I bought a lot of souvenirs from one of those shop. The shopkeeper said, she has learned Indonesian from her customers. She also understand that Indonesian people really like to do bargaining. So, when we’re in her shop, she immediately gave us the discounted price. LOL.

In Insadong, there’s also a famous street food, named Kkultarae. The most famous Kkultarae is in Insadong. So, we bought some box of Kkultare which cost 5,000 won per box. There’re some flavors, so it has different prices. If we want the Peanut and Almond, it costs 5,000 won. If we want Chocolate, Beknyencho, and Green Tea, it costs 7,000 won. 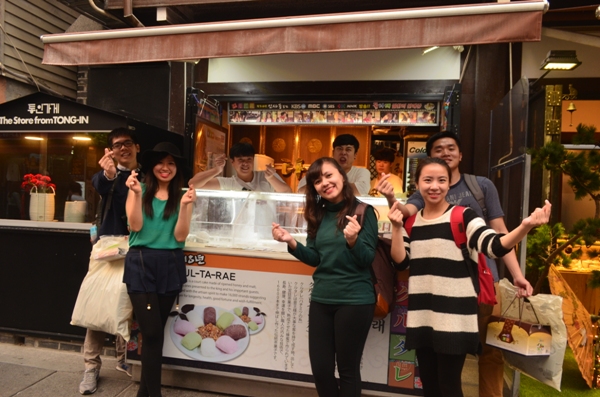 Because it was 5.30pm already, the journey continued to LINE Friends Myeongdong. This is one of the must-visit place when you’re in Seoul. There’s a huge Brown here. We spent around 30 minutes to take pictures here. Because we’re hungry already, we grabbed the street foods in Myeongdong: Korean Fried Chicken, or Holdak. 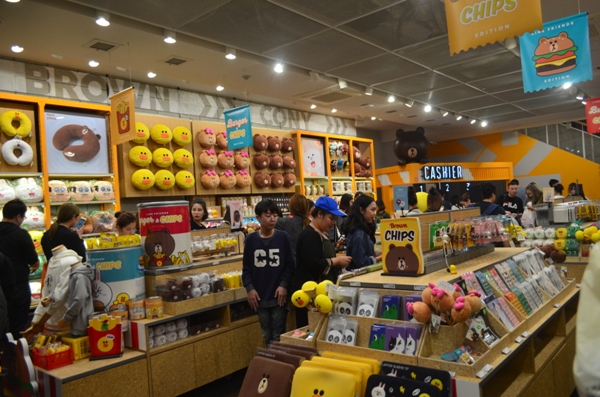 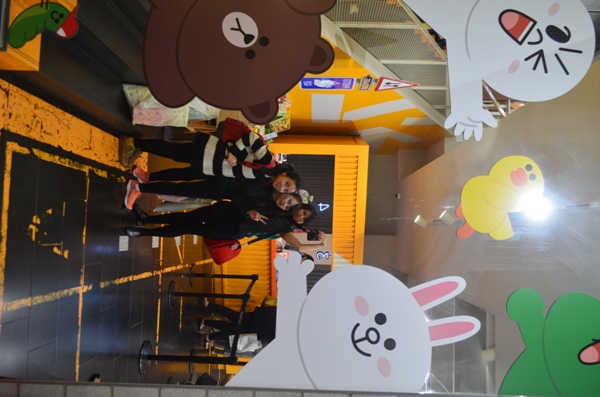 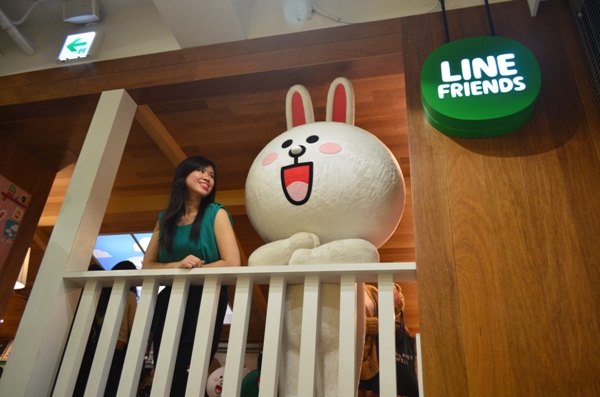 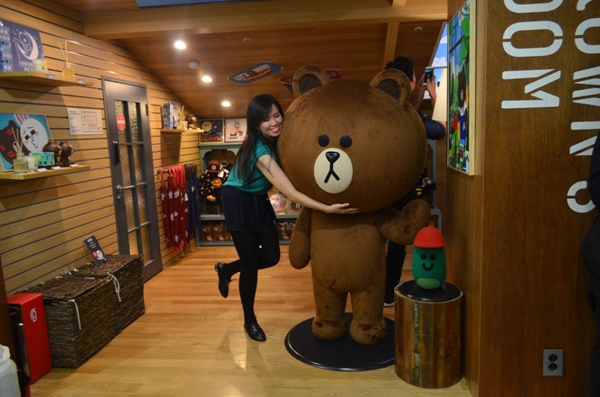 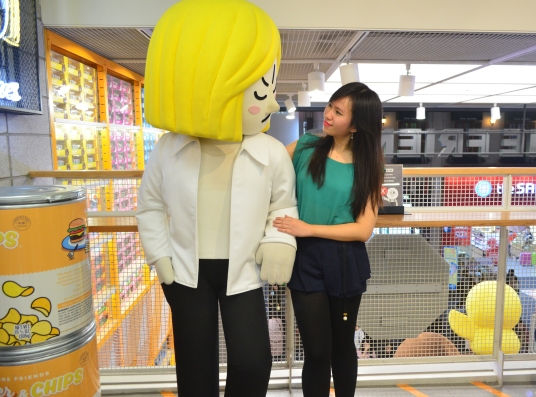 Although we’re exhausted already, but our journey hadn’t finished yet. We still have 1 place we should go on this sixth day, Namdaemun Market. In my opinion, Namdaemun Market is just like a traditional market. Maybe because we went there a bit late, around 7pm, so the shops were closed already. I think Namdaemun is really a good place to go shopping, because it’s cheaper than Insadong. In Namdaemun, I only bought Ginseng Tea Powder as a souvenir for my family. So, in Namdaemun there’s an area called “Namdaemun Ginseng Market“. At that time I only bought White Ginseng Tea Powder, because the Red one was really expensive. I think it was 5,000 won for 1 box White Ginseng Tea Powder.

It was 7.30pm, and nothing much to be explored in Namdaemun Market. At first I thought we’ll go back to Guesthouse after Namdaemun. But my friends suggested us to go to Lotte Mart to buy the Korean snacks. In Insadong we already bought Korean souvenirs, then in Namdaemun already bought Ginseng Tea, then if want to buy Korean snacks we had to go to Lotte Mart.

Because it’s near from Dongdaemun, so we went to Lotte Mart by foot. In Lotte Mart, I bought quite a lot: Banana Milk 1 pack (6 bottles), Jjangmyeon Sauce, Bibimbap Sauce / Gochujang, Banana Chocolate Biscuit, and Seaweeds. And at that time, there’s Korean Grand Sale, so we can get Tax Refund Immediately there. Even though I got only 700 won tax refund, but it’s okay.

Our sixth day was full of shopping! After go back to the Guesthouse, I counted my remaining won, hopefully I could still survive until the last day 😛